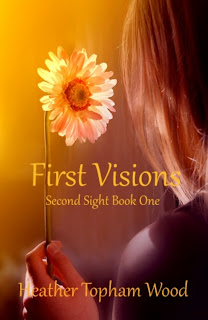 Two years ago, 21-year-old Kate Edwards became deathly ill and slipped into a coma. While unconscious, she crept into the mind of a missing boy and awoke with the knowledge of his location. Friends and family were skeptical and wary of her new ability to see into the minds of others. Their fears prompted Kate to keep her psychic powers a secret. Feeling alienated, she dropped out of college and spent most of her days holed up at her mother's home.

Now another child has been abducted. Police detective Jared Corbett seeks out Kate for her help in solving the case. Reluctantly, Kate agrees and they must work together to bring 8-year-old Cori Preston home to her family. Although attracted to one another, Jared has a girlfriend with ties to the abduction case and Kate is sarcastic and guarded since her coma. With visions she can't control and an uncontrollable attraction to the detective, she wonders if she can leave the past behind and finally stop hiding from the world. Otherwise, Cori may be lost forever.

My Thoughts:
I loved this book! End of review. Just kidding.
I was drawn to this book when I read the above blurb. Kate wakes with psychic powers?!?! What? Sign me up! I've always wanted psychic powers, but only if I had complete control over them. That never seems to be the case for book characters though.

Kate is an awesome character. She is snarky and sarcastic in all the right places, the perfect blend of sarcastic comebacks, sensitivity, toughness, and vulnerability. She is definitely my favorite character in First Visions and she's now one of my top ten favorite female characters ever! She has her moments when she gets a little whiny but she bounces back and I felt like she grew a lot by the end of the book.


Finally, an author gives a girl a great mom. Kate's mother Darlene is wonderful. She's supportive and down right fierce when she needs to be. I loved the relationship between these two. Yeah, they have a few things to work out but it's obvious that they both love and respect each other. It's a beautiful thing really!


Woods does a great job of keeping the novel moving along at a quick pace while letting you get to know the characters really well. Kate had me laughing again and again, and I even teared up a little at times. The mystery and suspense are engrossing and realistic without keeping me from sleeping after I'd finished the book. First Visions is a great book that gets a definite two thumbs up from this reader!


You can get your own copy (and you really should) of First Visions (Second Sight Book One) at:


Now I would like to shout out a huge WELCOME to Heather Topham Woods! I hope you guys enjoy this interview as much as I did.


Hi Heather and welcome to My Neurotic Book Affair
How are you enjoying your summer so far?
It's been great, thanks! We've had a heat wave recently in Jersey, so we've been living in the pool.

1) In three words can you describe First Visions?
Haha, you're gonna ask the tough ones, aren't you? Hmm, I guess I would choose: YA psychic romance.

2) If you had to choose a theme song for First Visions what would that song be?
I have two: Where Have You Been? by Rihanna and Trouble Is a Friend by Lenka

3) Which of your First Visions characters is your favorite? Why?
I would have to say Kate. I love writing her and I usually have her say things I would love to say, but never have the nerve. I also like that she's not perfect, but still someone you can root for. I'm a fan of non-traditional female leads in stories and I think Kate fits that description.

4) I've always thought it would be super cool to be physic (which is why I was drawn to First Visions). If you could chose to have one supernatural or super power which one would you want to have?
The first thing that popped into my head was being able to read minds. But the more I think about it, I probably rather not know what people are thinking most of the time!

5) What are a few of your favorite supernatural books and tv shows?
I have a ton, so I'll try to narrow it down. For TV, I love the shows True Blood, The Vampire Diaries and Supernatural. For books, a few favorites include the Existence series by Abbi Glines, Eclipse by Stephenie Meyer, Lothaire by Kresley Cole and Ethereal by Addison Moore.

6) Are you an organized writer with everything being just so, or are you more of fly by the seat of your pants kind of writer?
I am desperately trying to be more organized, but I am more of a fly by the seat of your pants writer. I'm attempting to work off of an outline for my next novels and schedule times to write, but instead I find myself pulling all nighters or walking away from one story because I feel inspired about another tale.

7) When you were little what did you want to be when you grew up?
A part of me always wanted to be a writer, but I never considered it a very realistic goal. Then, I went through a long period of time when I wanted to be a nurse which is funny since I can't stand the sight of blood.

8) How many books are you planning for the Second Sight Series as of now?
I'm almost certain there will be total of four. I have the majority of them worked out in my head and partially outlined. I wanted an end in sight before I began because I find it annoying sometimes reading a series that goes on and on well past its prime.

For a little more about Heather here is her bio. 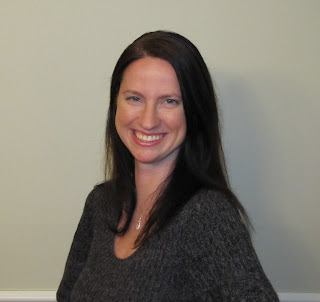 Heather Topham Wood graduated from the College of New Jersey in 2005 and holds a bachelor's degree in English. Working full-time as a freelance writer for publications such as USA Today, Livestrong.com, Outlook by the Bay and Step in Style magazine, she writes fiction novels in her spare time. She resides in Trenton, New Jersey with her husband and two sons. Besides writing, Heather is a pop culture fanatic and has an obsession with supernatural novels and TV shows.
First Visions is the first book in the Second Sight series.


This Book Tour Has Been Hosted By: