Summary from Goodreads:
When Travis returns home from a stint in Afghanistan, his parents are splitting up, his brother’s stolen his girlfriend and his car, and he’s haunted by nightmares of his best friend’s death. It’s not until Travis runs into Harper, a girl he’s had a rocky relationship with since middle school, that life actually starts looking up. And as he and Harper see more of each other, he begins to pick his way through the minefield of family problems and post-traumatic stress to the possibility of a life that might resemble normal again. Travis’s dry sense of humor, and incredible sense of honor, make him an irresistible and eminently lovable hero. 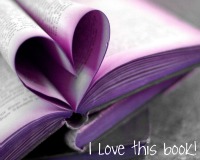 Trish Doller has just gotten herself a brand new fan. I honestly can't find one thing to fault with this book. The characters were amazing. The writing was fast, honest, funny and emotional. The story was captivating and unlike any I have ever read.

WOW! My daughter had mentioned that this book was really good but... wow! I was totally blown away. I started Something Like Normal a little while after dinner and ended up staying up late so I could finish. YES, it is one of those books that once you start you won't want to put it down. I became so invested in Travis and everything that he was going through that I had to know how his story would end.

You see, Travis is not your typical amazing guy. He has faults, plenty of them. Yet, you still fall for him. He's not perfect in anyway! He's understandably messed up from serving in Afghanistan, he's lost a lot, and now he's just trying to make it through the best way that he can.

I was sure that my heart was going to be completely broken by Trish Doller and Something Like Normal, but instead I was left with that happy little smile and sigh that I get at the end of an amazing book.

I do want to point out that the cover makes this look like a girly romance novel. There is romance, but this is in NO way a book geared towards girls. This is an everyone book. Written from Travis's point of view this book definitely can be enjoyed by guys as well!

Warning: This book contains mentions of sex, violence, and has plenty of "bad" words. This should in no way stop you from reading this amazing book though!