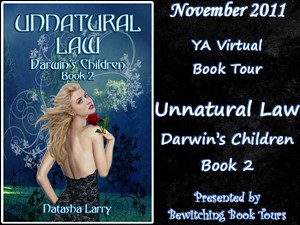 I am really excited today to bring you this guest post by the amazing author and all around wonderful person, Natasha Larry. I'm so glad that she picked Matt to "interview" he is my favorite character as well.


Hi, Natasha Larry here. Today I’d like to share a character interview with the lovely Matthew Carter, my favorite Unnatural Law character. In this interview, I am asking the questions and my lovely fiancé, Dave, is answering as Matt. Enjoy!

Q: So, Matthew… how are you today?


A: Well, first of all, Matt, please. And, I’m fantastic. Miraculous as always.


A: Absolutely not. Being conceited is thinking you’re better than you really are. I really am this good. (Winks at interviewer)

Q: (Laughs) Wow, you are just adorable. Okay, moving on. Tick off a few of your hobbies.


A: Well, I love building computers. I always find advanced quantum physics relaxing. I love to play and watch football as well.

Q: I’m sorry; did you just say that advanced quantum physics relaxes you? And you play football? That’s a wide assortment of hobbies.


A: Well, I’ve always been a bit of a natural athlete. I find it exhilarating, and it helps stop the racing thoughts. And as far as the quantum physics is concerned, it’s like a lot of people with crossword puzzles. It’s just a way for me to exercise my brain and relax a bit.

Q: Okay, well I guess that makes sense. Now, on to what everyone wants to know. Why did you break up with Jaycie Lerner?  I mean, how could you just leave someone you claimed to love so much?


A: I do love Jay. There was obviously something going on with her that she wasn’t ready to tell me. And I wanted to give her some space to figure that out. Plus, no one likes to be lied to by the person they love. And I knew-I knew each and every time she lied to me. How would that make you feel?

Q: Well, I can’t imagine that would feel good. Maybe we should move on.


A: (smiles) I think that’s a fantastic idea.

Q: What did it feel like when you found out about Jaycie and her family? Were you freaked out?

A: Well, of course I was a little freaked out. But, after I had time to wrap my head around it, it made perfect sense. I always knew something was up with them; I just didn’t have enough information to figure out exactly what that was yet. You have to remember, I grew up with these people, so being afraid simply wasn’t an option.

Q: Is it weird working for Jaycie’s godfather, John Gramm? What exactly did he hire you to do?

A: Johnny? Weird? Never! John and I have a special relationship. *smiles* It’s a mutual intellectual respect and a great appreciation for each other’s humor. He hired me to help transcribe his files, extrapolate on his theories, and to help figure out the key to Jay controlling her powers.

Q: Speaking of powers. Whose power do you think is the coolest?


A: Definitely Haylee’s. It amazes me that she has the ability to use the evil in someone’s soul as a weapon and also to use the good in someone to heal. It’s incredibly impressive. Plus, as a momma’s boy-I’m kind of biased. I respect the hell out of what she did to help my mother.

A: I don’t worry too much about it with Jay. I know she doesn’t eavesdrop on my thoughts. But, the idea that Dr. Lerner might overhear some of the things I’m thinking… *shudders visibly* Next question please, sweetheart
.
Q: Okay. When John Gramm refers to you as “the alpha,” what exactly does that mean? What does being macho have to do with being perfect, as you are so often described?

A: What he means by “the alpha,” is that I am literally the beginning of human evolution. So, the term alpha here has nothing to do with masculinity . Alpha here means that I am genetically perfect. Designed to be the most attractive to women and, by my nature, dominant over most other men.

Q: Very interesting. So, of all the paranormal and fantasy creatures you have been exposed to, which race is your favorite and least favorite?

A: The vampires are my favorite. Only because they make the most sense to me, as a man of science. Plus, they all seem ridiculously polite. My least favorite are definitely those fairies. They kind of look like giant, creepy butterflies. So not cool.

Q: *laughs* Okay, can you shed some light on what this elusive Core business is? Are you a part of it?

Q: Last question because we’re almost out of time. Are you still angry with John for the pink hot pants situation?

A: *laughs* Well, no I’m not. I understand why he did it. But, let’s never talk about the pink hot pants…ever again.

What an amazing character interview Natasha, thank you so much!! 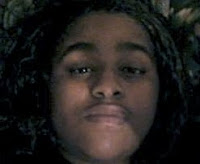 Author Bio
Natasha Larry resides in Huntsville, Alabama with her daughter and fiancé. She
graduated from Tusculum College with a B.A. in History and is currently working
on getting her certificate in education. Apart from writing, she is a self-proclaimed
comic book nerd and urban fantasy junkie. Her poetry and short fiction has appeared in publications such as Writing Edge magazine and Escaping Elsewhere. Darwin’s Children is her first work of novel length fiction.

Summary from Goodreads:
Seventeen-year-old Jaycie Lerner’s psychokinetic power surge is over, and her astounding powers are under control for the time being – sort of. As she struggles to maintain her humanity in the face of the awesome terror and responsibility of her abilities, she also yearns for the chance at a normal life – and a relationship with Matt Carter, the best friend she had to leave behind. But Matt’s got a few tricks up his sleeve, and he’s not about to give up on his feelings for Jaycie.

As Jaycie and her family grapple with the day-to-day routine of trying to keep their world together, Jaycie’s mother figure, Allison Young, endures a personal crisis of her own. The superhuman blonde possesses the physical equivalent of Jaycie’s awesome psychic power. So evolved, at ninety-two she still looks twenty. But what good is extended life when everyone else around her is so fragile? With no one to share her unusual life, she’s a uniquely lonely woman yearning for the romantic love she sees all around her. But in a dream she gets her wish – and it quickly turns to a nightmare for everyone else in her life. The memory of a rose is all she can hold onto in the storm of obsession that nearly sweeps her away.

Things quickly turn deadly for the vampires, but the Dey-Vah Guard fairies refuse to acknowledge there’s an imbalance in the nature they protect. As the danger gets ever closer to Jaycie and her family, the race is on to find answers before a secret plot can destroy them all.


I am a huge fan of Natasha's book Darwin's Children, so I was super excited to read Unnatural Law. Natasha has really brought something totally new and exciting to the YA paranormal book scene. Yeah, there are vampires and even fairies, but not like any I've ever read about before.


Once again I was quickly drawn in to the character's lives. They are written in such a way that they seem very real. While I was reading Unnatural Law it felt more like I was hearing their voices in my head rather than just reading about them in a book. For me that is a huge deal because I really love reading books that are primarily character driven.


While Jaycie is struggling to learn control after her power surge a lot is going on in the lives of her family. Allison isn't feeling quite right, and doesn't really understand why. Haylee is learning more about her powers, and her family. Matt is learning that there is more to him than meets the eye, and dealing with not one but two protective "dads". While Mason and Johnny are trying to hold everything together in the midst of a weakening Dey-Vah guard.


Some of the highlights in Unnatural Law for me were meeting a few of the new characters, Sylvia Nash is probably my favorite new character. She is one of those women that you hope to get to know one day because you just know she will always make you laugh. Steven and Alonzo were both adorable and I'm hoping we will get to know them better in the next book.  What I was really excited about as well was my favorite character from Darwin's Children returning. Matt! Oh how I love thee, and now I know why!  I really enjoyed how Matt's character evolves in this book. I think Natasha nailed character development so completely in this book. I feel like I know all these characters personally.


The writing is fast paced, easy to read and witty as hell. The characters are lovable and their interactions are some of the best I've read. The heat between Matt and Jaycie is scorching hot! A book sure to be added to my favorites of 2011 list.

You can find Darwin's Children and Unnatural Law at the following:
Barnes & Noble & Amazon