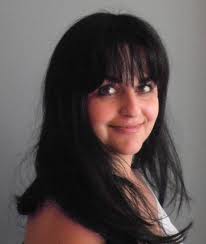 
Chrys Phillips debut book series, Magic Wars Books is available worldwide. She is a successful playwright with many of her plays being performed in full scale theater and musical productions. When not creating her books, screenplays and theatre scripts, she can be found shopping for her favorite accessories, spending time at Australian beaches and/or traveling the globe to attend her public speaking & writing events. She’s a self-proclaimed chocolate and movie addict.


Her latest book is the YA urban fantasy, Revengeful Heart. 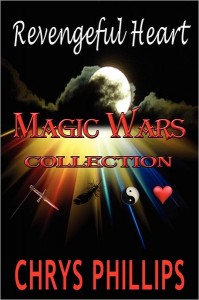 
ITS A WICKED RUN OF LOVE ~ SECRETS ~ REVENGE ~ HEARTBREAK AND FEAR…ONE TASTE AND YOU’LL BE BEGGING FOR MORE!
Can a broken heart be mended? Are soul mates destined to be together no matter what forces try to keep them apart?
Lakeview exists…it’s a humble pleasant place to live…but amongst its scenic surrounds immortals are dwelling some are evil enough to haunt and horrify you for eternity and others are loving and full of heroic actions. Would you befriend them? How would you know who’s who?
Teens Rick, Miki & CJ attend Lakeview High and live their teen lives with their secret loves and school hassles…evil is arriving and their lives are never going to be the same! Who wins? Who cries? Be warned its a wicked ride…of hope, tears, strength, power, love and dangerous choices filled with deception, betrayal and tenderness!
AMAZON http://www.amazon.com/Revengeful-Heart-Chrys-Phillips/dp/1935670522/ref=sr_1_1?ie=UTF8&qid=1318743583&sr=8-1
BARNES AND NOBLE
http://www.barnesandnoble.com/w/revengeful-heart-chrys-phillips/1102407147?ean=9781935670520&itm=1&usri=revengeful%2bheart
SMASHWORDS
http://www.smashwords.com/books/view/48889
ITUNES
http://itunes.apple.com/au/book/revengeful-heart/id443151936?mt=11
Book Excerpt
… A spine-chilling silence, swept across Lakeview. The scarypeace that responded in Lakeview was disturbing and frightening!Nature was still and the night’s sounds had abruptlyhalted. Rick, Miki and CJ looked at each other, ready to fightMortyla and the dark presence of her revenge had begun!Loud crushing sounds could be heard in the distance andRick, Miki and CJ ran frantically ahead to see what was happeningtowards the loud crashing sounds. In the blackness ofthe night Mortyla could be seen walking slowly along ViewRoad, with her arms stretched out by her sides. Her fingersflexed and open, casting lightning bolts in the thousands,onto the road and whatever else came into her path. Carswere exploding into flames while other cars, just rolled alongand only to stop their destructive tumbling when they hit anobject. Shop windows fragmented into explosions of glass andcars went flying into them. Street signs and smaller objectspaid the price for being in her way. Cats scattered, ensuringthey would not be scathed……she walked slowly, heavily and with intent, todestroy. In a robotic trance she moved forward, with destructionexploding behind her!

Email ThisBlogThis!Share to TwitterShare to FacebookShare to Pinterest
Labels: Chrys Phillips, Pump Up Your Book, Revengeful Heart, YA Paranormal