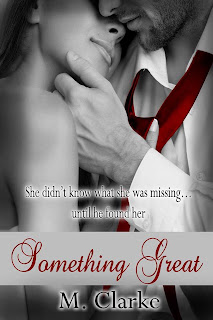 She didn’t know what she was missing…until he found her.
Maxwell Knight was positively trouble, dangerously good-looking, and seductively charming. He is everything Jenna does not need in her life. Only Max does not see it that way. His pursuit is relentless making Jenna even more determined to push him away. All she wanted was security, a career, and love that was everlasting.
Fresh out of college, life was simple and plain for Jeanella Mefferd, but she liked it that way. Every part of her life was smooth sailing; her friends, her job, and even the guy she’d started dating. Then one night, while at dinner with her best friend, she spotted someone who made her feel things she’d never felt before just by his mere presence—dangerous, heart pounding, breathless heat. Thinking she would never see him again, she brushed it off, but when she started to run into him unexpectedly, all she could think of was how he made her feel with his sweet flirtations. Everything about Maxwell Knight screamed trouble, especially when she found out he was her new boss’s son. Now, heading to a New York fashion show she’d dreamt about since she was a child, would she be able to focus on her career instead of Max, who had been scheduled to attend with her? As much as she tried to forget their encounters, his good looks, charm, smooth words, and determination to win her over gravitated her toward him. The next thing she knew, he was utterly consuming her, mind and body, and in places she’d never thought possible. Would she be willing to step over the boundary and risk her safety net? Was she willing to take advice from her best friend and love hard and risk getting hurt, rather than not really love at all and possibly miss out on finding something great?