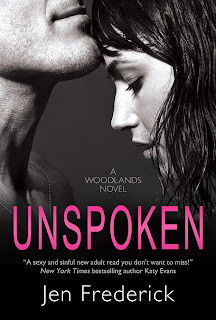 I've been called all these at Central College. One drunken night, one act of irresponsible behavior, and my reputation was ruined. Guys labeled me as easy and girls shied away.  To cope, I stayed away from Central social life and away from Central men, so why is it that my new biology lab partner is so irresistible to me?

He's everything I shouldn't want. A former Marine involved in illegal fighting with a quick trigger temper and an easy smile for all the women. His fists aren't the danger to me, though, it's his charm. He's sliding his way into my heart and I'm afraid that he's going to be the one to break me.

I allow instinct to rule my behavior. If it feels good, do it, has been my motto because if I spend too much time thinking, I'll begin to remember exactly where I came from. At Central College, I've got fighting and I've got women and I thought I was satisfied until I met her.

She's everything I didn't realize I wanted and the more time I spend with her, the more I want her. But she's been hurt too much in the past and I don't want to be the one to break her. I know I should walk away, but I just can't.

"I didn't know you were into this sort of thing,” he murmured low. He placed my hand on his chest and leaned against the wall, one hand bracing against the top of the barrel right next to my thigh and another against the wall. The vibrations of his words teased me. I wanted to feel him better than through the heavy cloth and, as if my body was controlled by someone else, I unzipped his sweatshirt, just a little. Just enough so that my hand could touch his shirt, so I could feel the flex of his muscular pectorals against my fingers. I ran my fingertips over the ridged cotton of his tank. His muscles flexed and released when I kneaded my fingers against his chest.
"I don't know if I am into this sort of thing," I returned, looking at my hand and his chest and the rise and fall as he simply breathed. Someone jostled the crowd and I was jolted out of my mini trance. I snatched my hand away and looked at Ellie, who was staring at me. Her mouth was open and formed a little O.
I clenched both hands in front of me, grateful the darkness hid the heat in my cheeks. Bo leaned down to my ear. His breath was warm and his voice, deep and strong, raised the hair on my neck.


About the Author:
Jen Frederick lives with her husband, child, and one rambunctious dog.  She's been reading stories all her life but never imagined writing one of her own. Jen loves to hear from readers so drop her a line at jensfrederick@gmail.com. 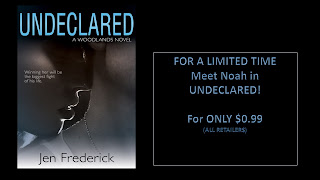