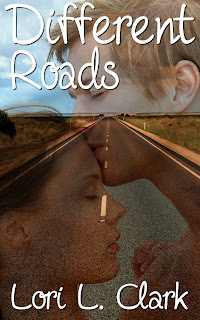 It's been said that when we look back over our lives, we are able to recognize the pivotal moments that in some way, shape, or form have led us to where we are today.When Jacqueline Carter is fifteen, she crosses paths for the first time with Seth Thomas, a young man who unwittingly alters the direction of her life forever.

Jaq plans to break-up with her boyfriend on her sixteenth birthday. Instead, she is date-raped, and left emotionally broken. She builds a wall around her heart and begins spiraling downward on a road filled with drinking, drugs and physical abuse.


When Seth re-enters her life a few years later, the walls around her heart slowly come down and the two of them fall in love.

Unfortunately sometimes, fate has other ideas, and we're forced down a different road from which we initially set out.

Different Roads is all about a girl and the things that make her who she is. Jaq goes through a lot during her life and a lot of it isn't good. In fact she deals with way more than any girl should have to deal with.

Different Roads is a good story that touches on a lot of emotional and difficult topics such as rape, drugs, drinking, death, and abuse. I read Different Roads in just a few hours because I had to know what fate awaited Jaq. After going through so much she was really due a happy ending.

While I felt bad for Jaq throughout most of this book I was never really able to connect with her on an emotional level. I felt like the author told us Jaq's story instead of letting us feel the story. While the story line was excellent I felt the execution was slightly lacking. 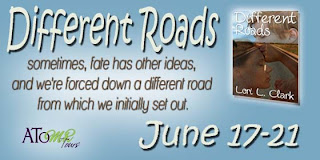 To visit the rest of the Different Roads tour click here