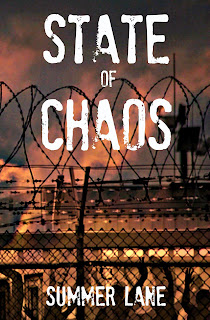 Cassidy Hart has had better days.
Her dad is missing. Her friends have been captured. And modern society is pretty much gone, thanks to an EMP that destroyed the technological infrastructure of the United States.
Surviving in the foothills of California is a challenge, but with the help of former Navy SEAL Chris Young, Cassidy's been able to stay alive.
Until now. Omega, the shadow army arisen from the chaos, won't stop until every single survivor is either under their control or dead. Taken by soldiers and forced into a labor camp, Cassidy must turn the tables on her captors. Escape means everything. Unfortunately, staying out of Omega's crosshairs is easier said than done.
You can run.
But you can't hide.
Cassidy's about to learn that the hard way. 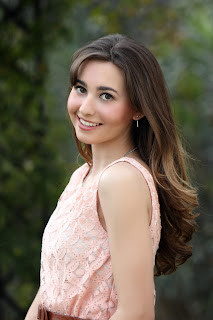 Summer Lane is the author of the national bestselling YA/NA Contemporary Romantic Adventure, State of Emergency, the first installment in the Collapse Series. State of Chaos, the sequel, released June 28th, 2013. She is a freelance writer, publicist and lover of all things feline. Summer is also the author of Snappy Social Networking: How to Dominate the Blogosphere & Everything in Between. In her spare time, Summer is the creator of the online magazine/blog, Writing Belle, in addition to being a frequent contributor at NA Alley, a website dedicated to all things New Adult.

Summer began writing when she was 13 years old, due to the fact that the long afternoons after school were somewhat boring, and writing stories seemed to make the time pass a little quicker. Since then she has written many books about jungle cats, secret agents, princesses and spaceships. She is also a non-fiction writer, but her debut novel, State of Emergency, is her favorite book yet. Stay in the loop with all updates for the Collapse Series by liking STATE OF EMERGENCY - COLLAPSE SERIES on Facebook! Want to talk to Summer? Email her at: summerlane101@gmail.com