I was recently cruising through the blogger world and saw that another blogger had done a Saturday Six post about six authors she wanted to read asap.  Well, I thought I would change up my Saturday Six just a little by posting six books that I have in my house right now that I really want to read and just haven't been able to get to for whatever reason.  So here are my: 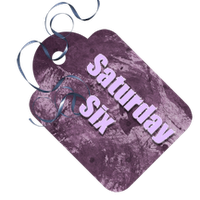 Lure by Deborah Kerbel
A Victorian garden, a fishing lure, and a ghost named John . Absolutely nothing is going right for Max Green. His parents have just uprooted their family from Vancouver to the bleak suburbs of Toronto, he has no friends, and everybody at his new high school is ignoring him. To make matters worse, he's in love with an older girl who's completely out of his league. When Max discovers a local library rumored to be haunted by ghosts, he's immediately drawn to it. With the help of some cryptic messages, he begins to piece together the identity of the teenage ghost and the mysterious chain of events that have connected its spirit to the building for over a century. But just who was John, anyway? Why has he chosen to contact Max? And what does an old fishing lure have to do with solving the mystery?


Epitaph Road by David Patneaude
What price would you pay for a perfect world?


Once a Witch by Carolyn MacCullough 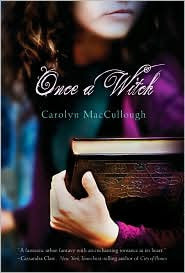 The Wind Singer (Book One In The Wind on Fire Trilogy) by William Nicholson
The first in a trilogy, The Wind Singer is a mesmerizing and remarkably imagined fantasy novel full of adventure, suspense humor, and warmth. Winner of the 2000 Nestle Smarties Book Proze. An ALA Notable Book.


The Van Alen Legacy (A Blue Bloods novel) by Melissa  De La Cruz
The Fourth in The Blue Bloods Series.

So there you have it books I really want to read and have right here, right now.  I just have to make some extra time to get to them.  Now off to work on Halloween Costumes and getting my kids settled in on there plans for the night.  Have a great weekend everyone.