I'm so happy to have S.J. Davis, author of INK, with us today sharing her thoughts on creating characters.

When characters begin to reside “in my head,” I usually discover that they are actually based on someone I know or someone I care for in my real life. I suppose I am an unrepentant thief. I steal all kinds of qualities, quirks, and habits from people close to me and even from total strangers. Although there is no one character in INK who matches up perfectly with someone from my real world, I couldn’t ever say that my characters wouldn’t be recognizable – though I do create horrible, but fictional, circumstances for them to muddle through.
For me, everything starts with the story – usually a dilemma or obstacle set in a certain time period or life event. The plot usually spins around in my head for a bit and then the characters arrive to take their place. They sort of evolve and jump out at me on their own. As they are “born,” their backstory becomes very real, even if those details aren’t part of the narrative for the reader. For example, my main character Sparrow has lost her mother and begins to hear a strange voice. On the outside, she seems to cope and plod through school and life in a relatively controlled manner. But only as I wrote more about her could see why.  I swear it was as if Sparrow suddenly told me what she was doing. In the dark, behind everyone’s back, she would cut herself. This is how she dealt with her pain, and was ultimately something she would overcome as she moved into a more self-confident place.
I get some questions about who is Layne or who is Mateo, and do they exist? Next, of course, can you introduce me? Layne is very closely based on Layne Staley, a lead singer many of us “older” folk remember. His mannerisms and appearance is really how he existed, to me anyway. And Mateo is like many men I have known (my husband, my father, and nephew Jordan) who are just as beautiful, handsome, kind, and self-effacing. But mostly, Mateo is just Mateo. 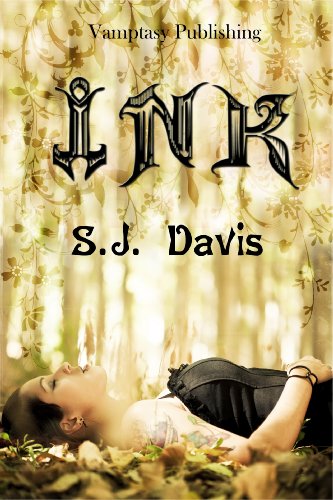 “It’s a good day to die.” My mother holds my arm fiercely. “But as you grieve for me, listen for the voices. Then, you must get the ink.”


***
Sparrow stumbles between two worlds – light and dark, love and hate, what is real and what is in her mind. When her mother dies on the Reservation, Sparrow’s world is shadowed with anger and narrowed by pain. The voices arrive, but are they real?  And how can a tattoo make her stronger?

Mateo arrives to guard Sparrow, but from whom? Layne holds on to Sparrow, but why? As the voices grow stronger and her pain expands, Sparrow finds that the shadows in the corner and the voices we fear most are the ones inside ourselves.

SJ Davis is the daughter of an ex-patriate British mother and a Southern Baptist ex-CIA father. As a child, she spoke in silly accents and recounted outlandish tales of fantasy over afternoon tea and to this day it remains her favorite activity. Born in Long Island, NY, she was raised in the suburbs of Washington DC and went to school for a very long time (University of Virginia and George Mason University), married an all-around wonderful man, had two kids (smart, funny, full of opinions), moved from Virginia to New Jersey to Philadelphia to Chicago, and began her writing career. She is a believer in fate, an avid tea drinker, a stiletto aficionado, Doc Marten worshipper, punk rock listener, and lover of flip flops and cardigans. She has a terrible sense of direction, loves gummy bears, and is a Johnny Depp fangirl.

My thoughts on INK:
I'm so glad that I had the opportunity to join the INK blog tour. INK is such a captivating short story with an original idea and intense, fascinating characters. I was quickly drawn into Sparrow's life, her pain, her visions, and the idea of a mystical tattoo. My only complaint with INK is that it was short. I know, I know it's a short story so it's very nature is that it's short. Usually I'm okay with that, but this time I really wanted so much more of these wonderful characters and the story in general. So really my complaint is a good thing. The story was so great that I just wanted more! I am already looking forward to reading more by S.J. Davis.