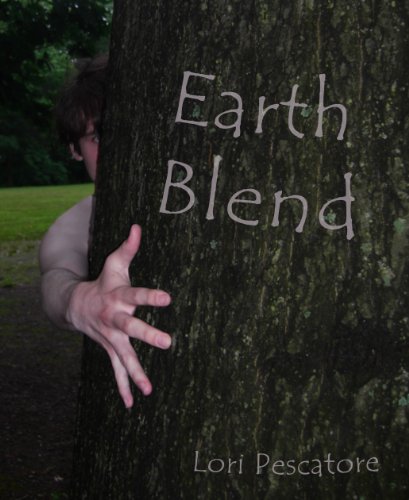 Earth Blend (The Blend Series, Book 2)
Author: Lori Pescatore
Released: July 1, 2011
Genre: YA Paranormal
Pages: 146 on my nook
Publisher: Self published
A SIN: B00599SIHE
Target Age: Young Adult
Source: This book was sent to me from the author for an honest review.

Summary from Goodreads:
Earth Blend is the second book in the Blend trilogy and the sequel to Human Blend. In this installment, the mysteries of the Blends and Earthlings are revealed. How can Julie live a normal life when she is anything but normal? Her relationship with Austin is complicated by emerging abilities in them both. Trust is hard to come by as lies and secrets hinder them at every turn. Is the past destined to repeat itself as the Earthlings once again rush to save them? Ensuing chaos breeds fatal consequences.

Earth Blend is the second installment of The Blend Series, the first being Human Blend. One of my favorite things about this series is how different it is from other books. Lori Pescatore has done a great job creating books that are fresh to the YA scene. While I liked this book a lot, it didn't grab me in the beginning like Human Blend did. Lori Pescatore spends the first 40 pages or so of Earth Blend filling us in on the hows and whys of many of the characters from Human Blend. While I appreciated knowing who Eli really is and how Uncle G. came to be, I found the way each chapter focused on just one character a little hhhmmm... strained, maybe. This is probably just me though as my favorite part of Human Blend was the character Laney/Julie and I was anxious to get back to her story. That being said, I was happy that so many of my questions about Uncle G and Eli were answered and explained, it really did add to the story knowing the intentions of these characters later on in the story. Once the story got back to Laney/Julie I was once again hooked. There is something about her character that I just love. She wants so badly to be independent and to do her own thing, but how hard is that when you are surrounded by amazing men that want to take care of you? There were quite a few surprises thrown in that kept me on my toes, and caught me gasping. I like how the book finished without leaving a frustrating cliff hanger, but with enough left open that I am anxious to read the third book in the trilogy. A fresh novel that is definitely worth reading!