Companion Music Video Also Released
Nashville, TN / Thursday, August 4, 2011 - Breakout young adult fiction author Amanda Havard, who just released her auspicious debut novel!! The Survivors (Chafie Press) http://amandahavard.com , has teamed up with up-and-coming artist http://jessmoskaluke.com Jess Moskaluke to record the second song, “Breaking,” for the series’ original soundtrack. Havard has launched an impressive transmedia campaign in conjunction with the series and has created music explicitly to correspond with the novel(s), adding a unique element to her literary platfom. Moskaluke’s soulful, edgy voice complements the impassioned and mystical feel of “Breaking” and fits perfectly with the tone of The Survivors.
Moskaluke, a 20-year-old talented singer/songwriter from Canada, was recently chosen as one of eight finalists for the Canadian Country Music Association’s New Artist Showcase and will open for country music superstar, Dierks Bentley, at the Queen City Ex in her home province of Saskatchewan this Friday, August 9. Moskaluke has recently released her first country pop tinged single, “Amen Hallelujah,” to Canadian radio, and she has nearly half a million views on each of her YouTube music videos.
Havard wrote “Breaking” with co-writer and Nashville songwriting powerhouse, Deanna Walker. “The motivation for us to write this song was that everyone seemed ready to hear Sadie (the book’s main character) as the narrator,” says Havard. “We wanted to give our audience a chance to understand her point of view, to really feel the subtext that, as tough and ‘supernatural’ as she is, she’s still, like all of us, afraid of heartbreak.”
Check out the music video for “Breaking” http://www.youtube.com/watch?v=CsX6-sPHpJU here.
The first single released, "Pretty Girl,” was recorded by Chris Mann, one of the principle voices in Fox’s hit show Glee. To view the music video for “Pretty Girl, click http://www.youtube.com/watch?v=YzVJHdmeDm0.
You can stream the entire soundtrack, interact with The Survivors characters and get more info on Amanda Havard at http://www.amandahavard.com.

About the Survivors:
The Survivors is the first installment of five tantalizing tales of the fourteen ill-fated Survivors and their descendants, who have been content in hiding for over three centuries. Isolated on a Montana mountainside, only Sadie, the rogue daughter, dares to abandon the family’s sacred hiding place. But no matter how far Sadie runs, something always pulls her back.
On a mug 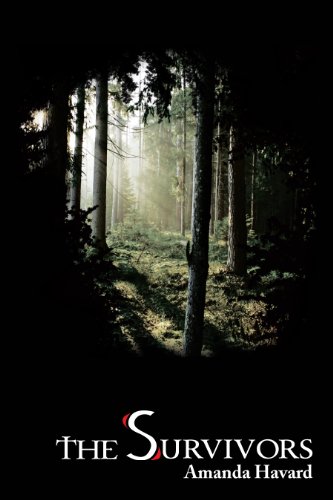 gy summer night in Tennessee, she witnesses a shocking scene that will change her life forever. It is the first in a sequence of events that will drag her from the human world she’s sought to belong to for over a century and send her back to her Puritanical family and into an uncertain future filled with cunning witches, mysterious nosferatu shape-shifters, dangerous eretica and vieczy vampires, millennia-old mythology, and the search for her own mortality.
About the Author
Born in Dallas, TX, Amanda Havard’s first book was published in her elementary school library at age 7. She received bachelors and master’s degrees in education from Vanderbilt University. She currently resides in Nashville, Tennessee with her baby grand piano and more story ideas than she could tell in one lifetime.