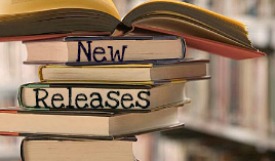 When her boyfriend, Danny, is killed in a car accident, Wren can’t imagine living without him. Wild with grief, she uses the untamed powers she’s inherited to bring him back. But the Danny who returns is just a shell of the boy she once loved. more

For the bright young things of 1929, the beautiful days seem endless, filled with romance and heartbreak, adventure and intrigue, friendship and rivalry.
more

Tell Me a Secret by Holly Cupala

It's tough living in the shadow of a dead girl. . . .
In the five years since her bad-girl sister Xanda's death, Miranda Mathison has wondered about the secret her sister took to the grave, and what really happened the night she died. more

Gabriel and Shay are convinced that they can make their relationship work. Knowing that Shay is half-vampire, Gabriel thinks that his coven will embrace her as one of their own, but instead they view her as an abomination, a thing that doesn’t belong in either world. And they want her dead. more


A journey may take hundreds of miles, or it may cover the distance between duty and desire.
Sixteen of today’s hottest writers of paranormal tales weave stories on a common theme of journeying. Authors such as Kelley Armstrong, Rachel Caine, and Melissa Marr return to the beloved worlds of their bestselling series, while others, like Claudia Gray, Kami Garcia, and Margaret Stohl, create new land-scapes and characters. But whether they’re writing about vampires, faeries, angels, or other magical beings, each author explores the strength and resilience of the human heart. more